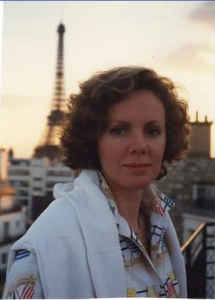 Jean Chambers was born in Bay Ridge, Brooklyn in 1953 to Richard and Jean Duffy. She and her three younger brothers grew up in Massapequa, Long Island, where the family moved in the late 1950s. Jean graduated with an associates degree in fashion illustration from the Fashion Institute of Technology and later with a B.A. in English literature from Hunter College, both located in New York City. She worked for twenty years for several trade magazines as an art editor, including Personal Computing, Medical World News, and Physics Today. Her last position was with the New York Times as a graphic designer. Jean retired shortly after she and her husband John Chambers, ’77, adopted their child Ryan Chambers in 1996.

Apart from a three-year stint in Paris from 1989 to 1992, Jean and her husband lived their adult lives on the West Side of Manhattan. Jean was active in community affairs, including at her church, Saint Michael’s, where she was inurned upon her death in 2014. 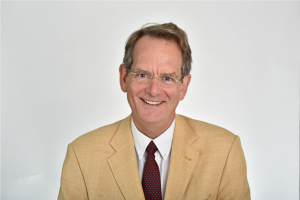 John Chambers, class of ’77, commissioned Greg Gómez, ’80, to create “Broken English” in memory of his first wife, Jean Chambers (1953-2014). John graduated from Grinnell with honors in both English and philosophy. Along with Doug Johnson, ’77, he captained Grinnell’s swim team his junior and senior year. He set school records in seven swimming events. His senior year, he received the inaugural Morgan Taylor ’26 trophy for outstanding athlete in a single sport. Doug, Greg, and John were members of the 1977 Midwest Conference champion swim team.

In 2012, John delivered the Rosenfield Symposium lecture, speaking on the eurozone and the global financial crisis.

John is also endowing a chair in Grinnell’s biology department in memory of Doug, who died January 31st, 1981.

The views and opinions expressed on individual web pages are strictly those of their authors and are not official statements of Grinnell College. Copyright Statement.

This website created by Rick Johnson, Grinnell College class of 2020.